“Push Gaming” is a British manufacturer of online games headquartered in London. The company specializes in adapting offline video slots and models of other genres for online casinos.

Push Gaming was founded by experts in the field of software for the gambling industry, among which are famous specialists who used to work in Amaya, NextGen Gaming, Scientific Games, and other leading corporations. Push Gaming Malta Ltd. is licensed and regulated by the Malta Gaming Authority (MGA) for a Critical Gaming Supply Licence.

The company was founded in 2010 by Winston Lee and James Marshall in a studio in London. The provider specializes in HTML5-based slots, while some of their games are also integrated into land-based casinos.

Let’s highlight the most important dates in the history of this provider:

2010 – the founding of the company,
2011 – release of first licensed gambling games for online gambling,
2012 – beginning of cooperation with Gala Coral Group, Playtech, Microgaming, Openbet, William Hill,
2013 – transition to HTML5 platform and signing an agreement with Unibet,
2015 – release of the first full-fledged HTML5 game, collaboration with Relax Gaming,
2016 – signing agreements with several new partners, release of the first jackpot games,
2017 – opening an office in Malta,
2018 – Push Gaming games are implemented in the EveryMatrix platform.

The provider has an ever-growing gaming library that is filled with premium and fully optimized for mobile casinos. Their dedication has led them to win notable awards, including the Best High Volatility Game award for their Jammin Jars game.

The people working at this provider have years of experience with several other companies such as Scientific Games, IGT, and NextGen, so they surely know what players want to see in online slots.

Thanks to the company’s wide range of different partners, the provider is active in this highly competitive industry, offering more and more exciting games to players all over the world. The top quality of provider’s products has allowed them to partner with many well-known online casinos in the gambling industry, including Betsson, LeoVegas, Hero Gaming, and Casumo.

In addition, there are many other sites that have decided to add the developer’s slots to their portfolio. They are:

When it comes to choosing where to play at best Push Gaming casinos, there are many great options, including YoYo Casino, Alf Casino, and Videoslots Casino, which offer hundreds of exciting games.

Since this provider is one of the relatively recent companies, the number of online casinos offering their games is not that great. However, given the fact that the company is truly committed to expanding its gaming library, we expect more and more prominent places in the industry to integrate their games into their gaming catalogues.

These venues, saturated with provider games, offer amazing bonuses and promotions as one of the best ways to attract new players and retain their loyalty. Almost every product of this provider is equipped with a huge number of pay lines (up to 243), service symbols, free spins, and unpredictable reel possibilities.

The company’s slots are distinguished by their thematic content, which is expressed through appropriate graphics and symbols. Most of the slots use 5 reels and 20 active lines, the number of which does not change. Obligatory games have special symbols, which include the wild and scatter. This allows the user to count not only on the winnings of the main game but also on additional prizes.

As a bonus, the main part of the slots uses free spins. To find the most suitable slot machine, the new player should try it out in free mode. It allows you to use absolutely all the features, only bets and winnings will be exclusively virtual.

The first games entered the industry back in 2011 under license from Gala Coral Group, while a year later, the company formed some important partnerships with some of the biggest names in the industry, including OpenBet, Microgaming, and Playtech. Through these partnerships, the company was able to expand its business in the months that followed, attracting more and more players to online casinos as well as their premium games.

Their games can be played under more than twenty industry brands. Back in 2016, the company released its first progressive jackpot game designed for the Betsson Group. With an ever-growing gaming catalogue filled with high-quality, visually stunning games, the company’s games are now available to multiple online gaming operators, who offer their games in both instant and mobile formats for the best desktop and mobile gaming experience.

Slot ratings almost unanimously advise everyone to check out the following casino games from the provider:

Each of them has quite rare features. For example, in the “Jammin’ Jars” slot, the playing field is represented by an eight-by-eight grid, and the bonus game is triggered by falling out of 3 or more rainbow cans – replacements. When the substitution is a winning line, it increases the multiplication factor of this line, and it is also possible to multiply with the neighbouring can if it is also a winning line.

The bonus game in “Fat Rabbit” and “Fat Santa” slots is about the same: the falling out bonus symbol, as it accumulates, will increase the substitution up to the fact that it will occupy the entire field. This will provide the player very big winnings.

Jammin Jars is a unique simulator that has set a new standard for online slots, giving players a new way to win. The game features the option of giant symbols and “jumping” jokers with increased multipliers. All of these features combine to provide an exciting online gaming experience.
Fat Rabbit is another well-known slot machine. The game introduces a new style of spins: the main character, a rabbit, makes his way around the reels to eat carrots. The more he eats carrots, the more he gets – the game hides a generous winning potential. The machine is so popular that it even spawned a sequel – Fat Santa (Christmas-themed slot).

Slot Viking Clash is just two playing fields five by three, a bonus game which is activated after a roll of three scatters, accounted for by both fields. In the bonus rounds themselves, each scatter gives extra spins, and the replacement symbols remain in place until the end of the bonus game.

The gaming assortment from the provider definitely deserves attention. Firstly, all the games are not very similar to each other, so each game is in some way unique and unrepeatable. Secondly, each slot machine is detailed, which allows you to create an immersive effect. The company has released a total of about 20 slots, and almost all of them can be found in most establishments.

All slots have extra features – they can be either classic or unconventional. Of the standard bonus features, the most common are free spins or a bonus feature of your choice. As for innovations, the developer uses options such as “Duplicate Reels,” “Falling Reels” or “Wild Links.” Be sure to be aware of the theoretical return to player rate. The average RTP for all slots reaches 96%. There are slots with more than 97%. Not all developers give such a high figure, so it is worth considering. The high potential for large payouts attracts many players, so many gamblers admire the software from this developer company.

The company produces online games of all major genres. Its products are licensed according to international requirements and are certified by independent auditors. This means that Push Gaming’s software can be offered to customers in many countries whose laws allow online gambling. The software is created using Java, HTML5, Flash, and Flex technologies.

When it comes to this provider, players can count on innovative bonus features, stunning graphics, and other exciting elements – all beautifully packaged and offering an equally memorable desktop and mobile gaming experience for real money.

With its ever-growing premium gaming catalogue, this provider is definitely one of those companies destined to succeed in this highly gaming industry.

Although their gaming library may be on the small side, their premium quality games are attracting more and more players on a daily basis. The provider strives to develop unique and innovative slot machines. That’s why the company’s team consists of talented people with worthy experience in the gaming sphere. The company is constantly developing, being creative, and demonstrating out-of-the-box thinking of its specialists. 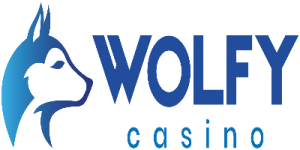