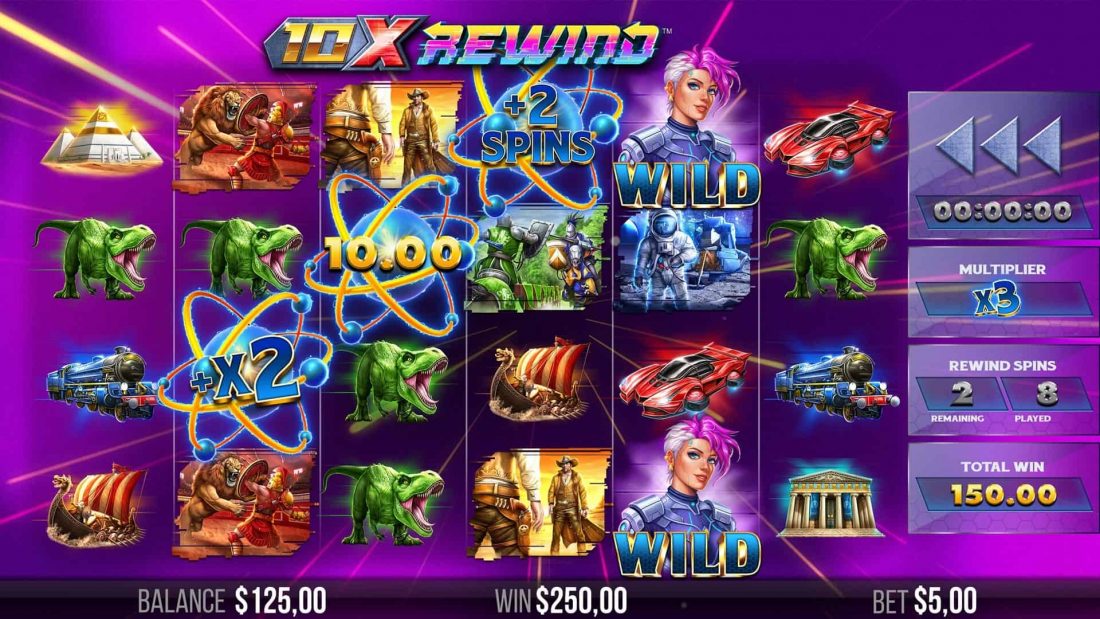 The latest development became available to players on September 16th. This is another slot that stands out for the better thanks to its colourful design and a variety of exciting game modes.

The innovativeness of the game revolves around the ability to turn back time – it is assumed that this will allow players to repeat the successes that they have already achieved before. It is, of course, not so easy to do this – you need to get three Win Spin symbols, and they are present only on the first, third, and sixth reels, complicating the task. If successful, the Rewind Time Spin mode is launched, and this is great news for a gambler because all his winnings are now multiplied by a multiplier that only grows over time. If the player who has achieved the transition to this advantageous mode has no previous winnings yet, the sum of the multiplier is determined by the slot at random.

In design, the game is a bit like 9k Yeti – here, too, a huge drum is presented in portrait mode. Thanks to this display, about 70% of the device’s screen is occupied with useful information, while graphic frames that are completely useless for the game are minimized.

Yggdrasil Gaming said that they pin great hopes on the new game – the best specialists have worked diligently on it to collect the maximum number of enthusiastic comments from players. They plan to keep them due to a significant percentage of winnings.

In recent weeks, Yggdrasil Gaming has received a new impetus for further development, having entered into a partnership with gambling giant Betway. The provider and the platform want to jointly strengthen their positions in the global market, as well as deepen their penetration into the user environment in the UK and Germany.