Gamzix Technology OÜ received the status of a legal entity in 2020. The headquarters is located in the Estonian capital Tallinn, and the additional office and studio facilities are in Kyiv, Ukraine.

The head of the company has formulated his main mission as follows: the development of slots with intuitive control and design, graphics of high quality, and an abundance of original functions. The manufacturer strives to create a product that will be the golden playing card for a platform hosting it and a user. 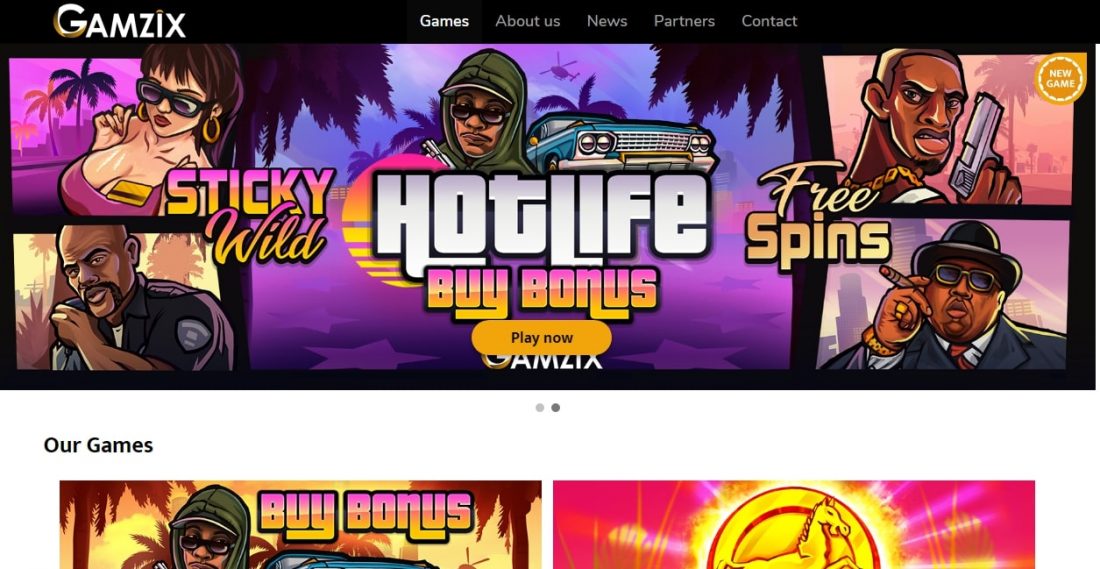 The first five games were released six months after the launch of the brand. In September 2020, strategic agreements were signed with PariMatch and Exinitio. Clients of these operators can play online slots from Gamziks for real money after they create an account.

As of the beginning of 2021, the portfolio included up to 20 slot machines. More than half of them are “fruit” slots. The line also includes games dedicated to ancient civilizations, animals, and adventures. It is easy to predict that the thematic range of the provider will rapidly expand since new machines are released at least once a month.

The company has successfully entered the eGaming market thanks to its development of a modern engine, which has high-quality graphics, a soundtrack, and some analytical and marketing tools. 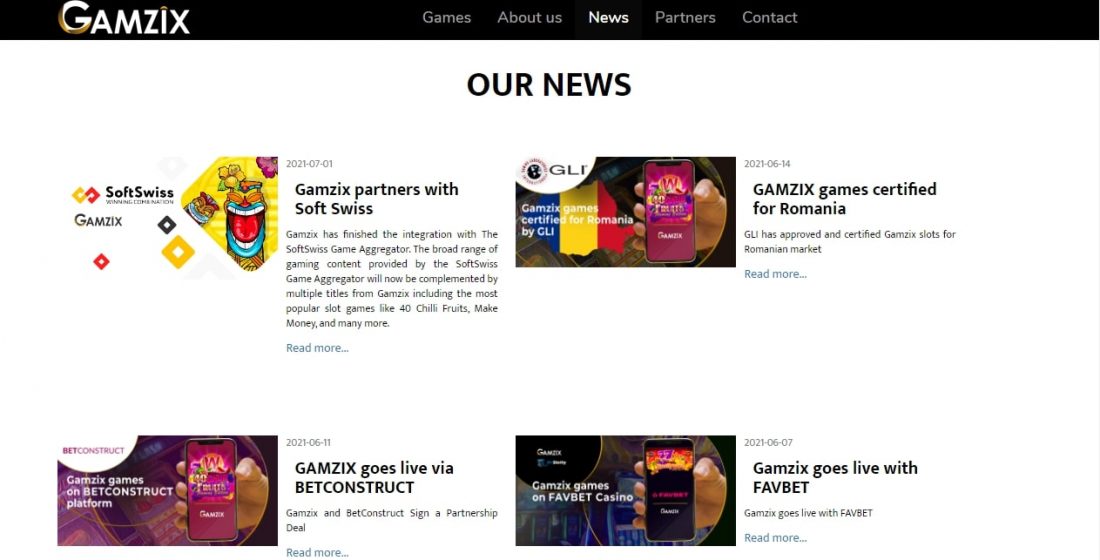 Highlights of the Company’s Business Activity in 2021 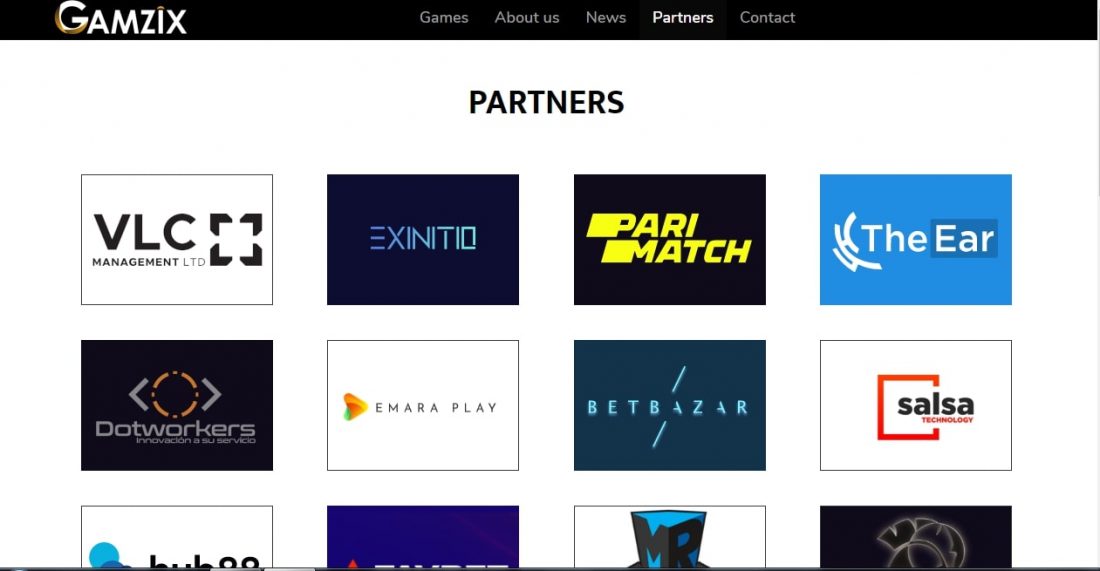 Online casino with games from Gamzix:

This year, Gamzix has integrated its gaming content onto the platform of the strong iGaming market player SoftSwiss Game Aggregator, transferring 20 different slots for casino operators SoftSwiss White Label. A partnership agreement with BetConstruct has also entered into force to aggregate games with their further access in regulated markets in Latin America.

Gamzix has become a content provider for the EveryMatrix aggregator, Italy’s Blox, Hub88, Parimatch, and MrSlotty GameHub. German platform Ously Games will complete the Social Casino and the SpinArena application with Gamzix products. The Estonian developer has partnered with the African sports betting aggregator BetikaBetika, Kenya, Nairobi, licensed by the BCLB.

Most of the current slots feature free spins or re-spins, often with retriggers and different symbols like stacked wilds or cascading wins with increasing multipliers. Free spins are triggered in the standard way by landing scatter symbols, and up to 50 spins are available depending on the game gamblers play.

There is available an in-game jackpot feature with Mini, Minor, Major, and Mega rewards.  Players appreciate that bets do not affect triggering the random jackpot bonus game. It involves picking cards until you find three of a kind and win the matching jackpot.

Each game also features a Risk gamble which gamers can repeat up to five times. This is a simple Double or Nothing game. The graphics and theme are in keeping with the overall gameplay of each slot.

Players can also use expanded and stacked wilds to create winning combinations across multiple pay lines. And there are up to 50 FS available in a slot Banana Bar and FS with increasing multipliers in Gold of Maya.

The interface has new individual spin buttons to choose bets. Players enjoy quick bet swapping. All Gamzix slots run hot with minimum bets. Each slot seems to support only one credit amount, but the printed arrows mean that with time, players will get the function to select bets.

However, the combination of a strong paytable, simplicity in gameplay, exciting features, and great audio-visuals mean these highly playable slots offer an all-around player experience. Among additional features, there are progressive jackpots and a special Daily Bonus, which generates extra prizes. 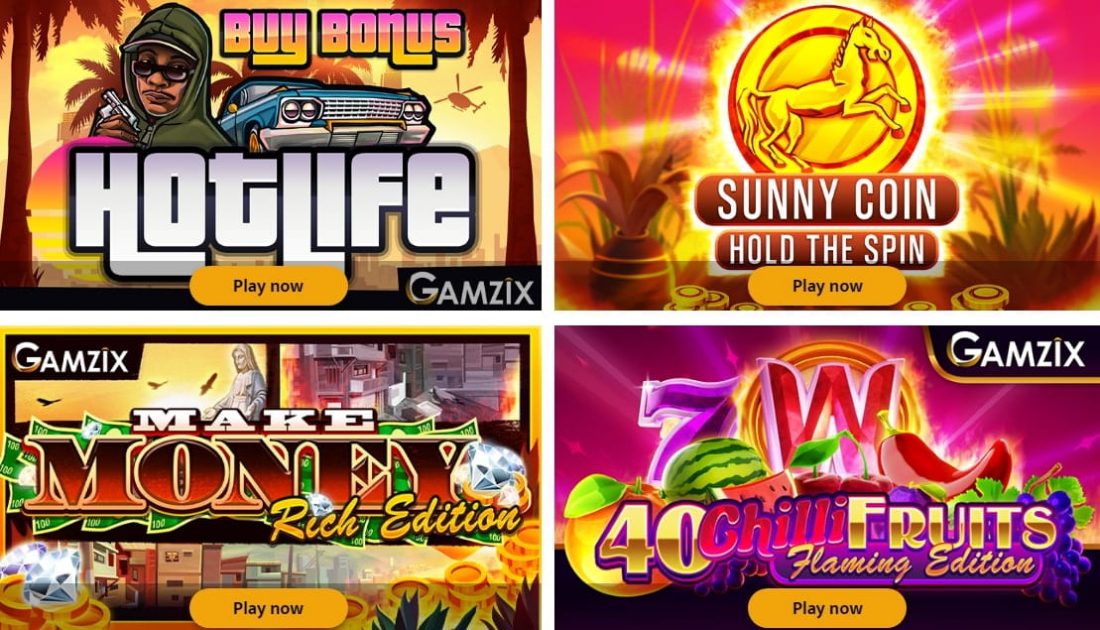 The manufacturer’s gaming portfolio is dominated by medium volatility slots with five reels and RTP from 95% to 96.6%. All developments have a doubling round. The number of winning lines ranges from 5 to 100. In recent releases, it has become possible to instantly activate a bonus for an additional bet. The following options make any gameplay profitable and exciting at the same time:

In the latest releases, it became possible to instantly activate a bonus for an additional bet. Among about 20 online Gamzix slots, the most indicative in terms of entertainment and a large set of functional elements are five slots. 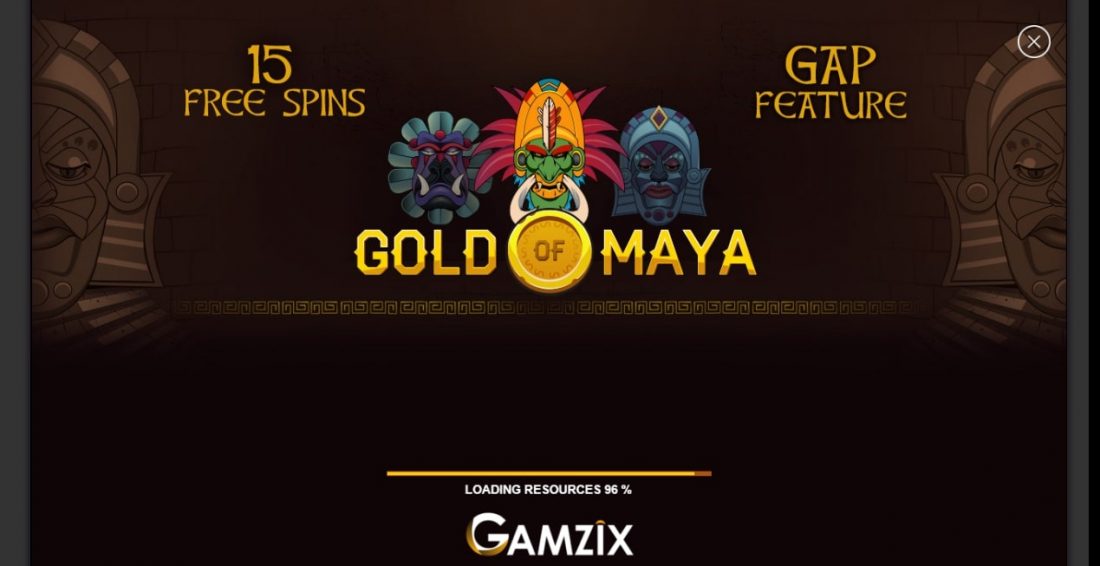 The slot dedicated to the culture of an ancient civilization has the highest RTP in the provider’s lineup (96.6%). Masks and card denominations drop out on five reels. After composing the combo, re-spins are launched in the format of cascading spins. During this process, a growing win multiplier is activated. Three scatters in the form of a pyramid trigger 15 free spins, and a progressive multiplier for re-spins increases. The slot has a four-level jackpot. 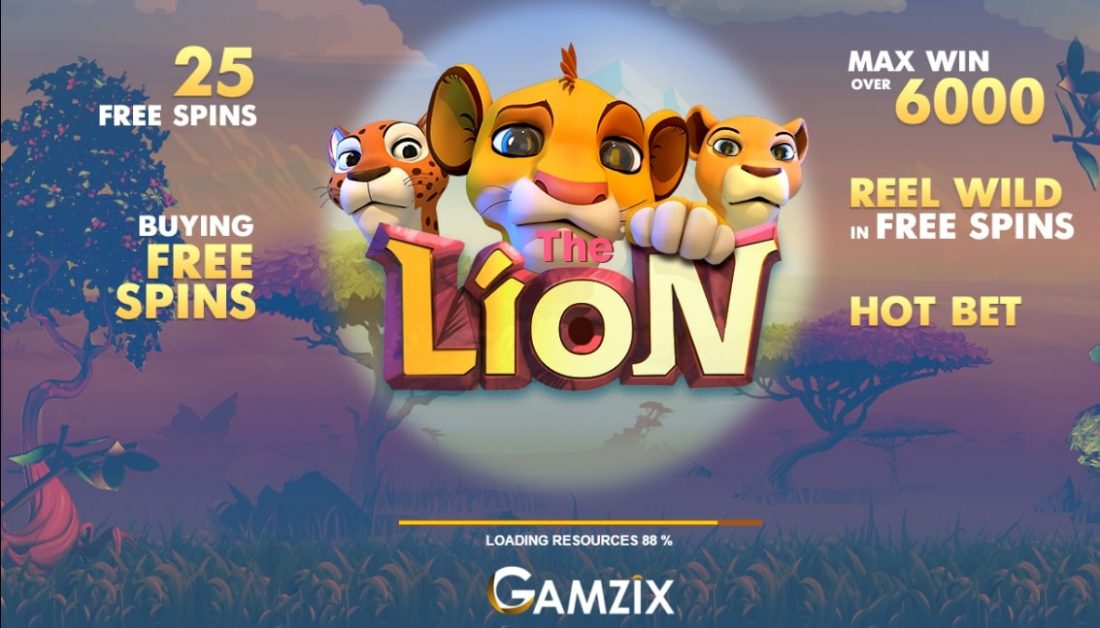 The game is dedicated to the life of wild representatives of a cat family. A tiger, a panther, a leopard appear on the reels. The main role is assigned to a lion cub, reminiscent of Simba from the cartoon “The Lion King.” His image replaces all icons in the combo, except for the scatter in the form of a skull. Three of these symbols trigger free spins, during which the central character grows up and, having turned into an adult lion, expands to the entire reel. A player does not have to wait for the corresponding combo to land and get instant access to free spins for an additional bet. 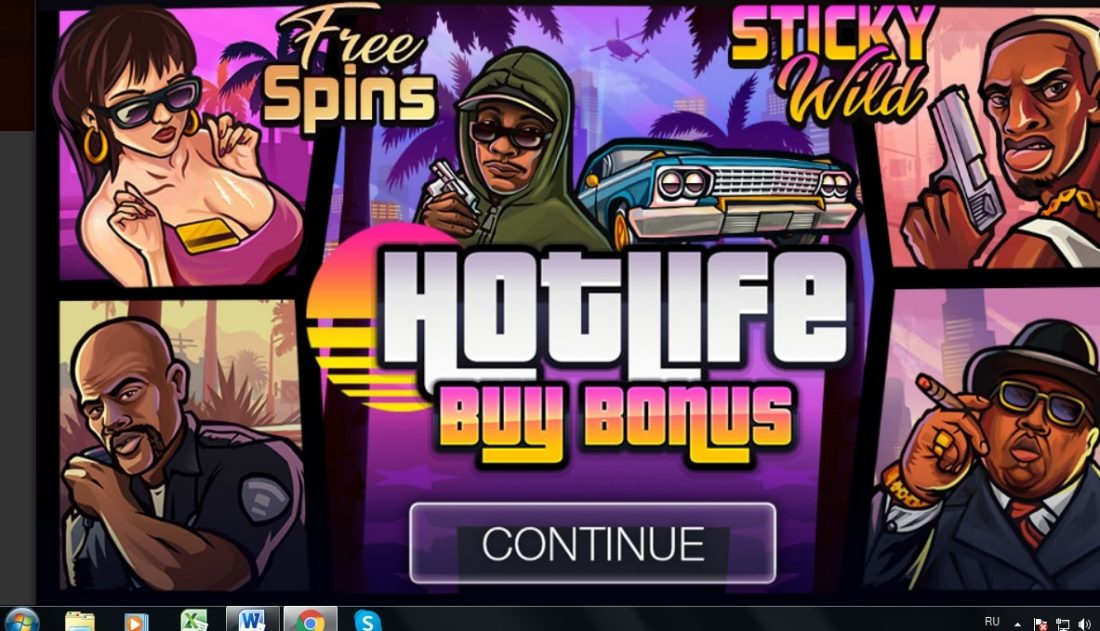 When creating the slot, the developers were inspired by the Grand Theft Auto series of video games. The similarities are evident in the appearance of the characters, and the colours, and even in the font of the logo. The image of a car in the background of palm trees replaces most of the symbols. A helicopter acts as a scatter. After collecting three such pictures, a user gets ten free spins with sticky wilds. The slot has a jackpot at four levels: Mini, Minor, Major, Mega. In any spin, high-paying icons can turn into wilds. Symbols with medium and high odds are always folded. 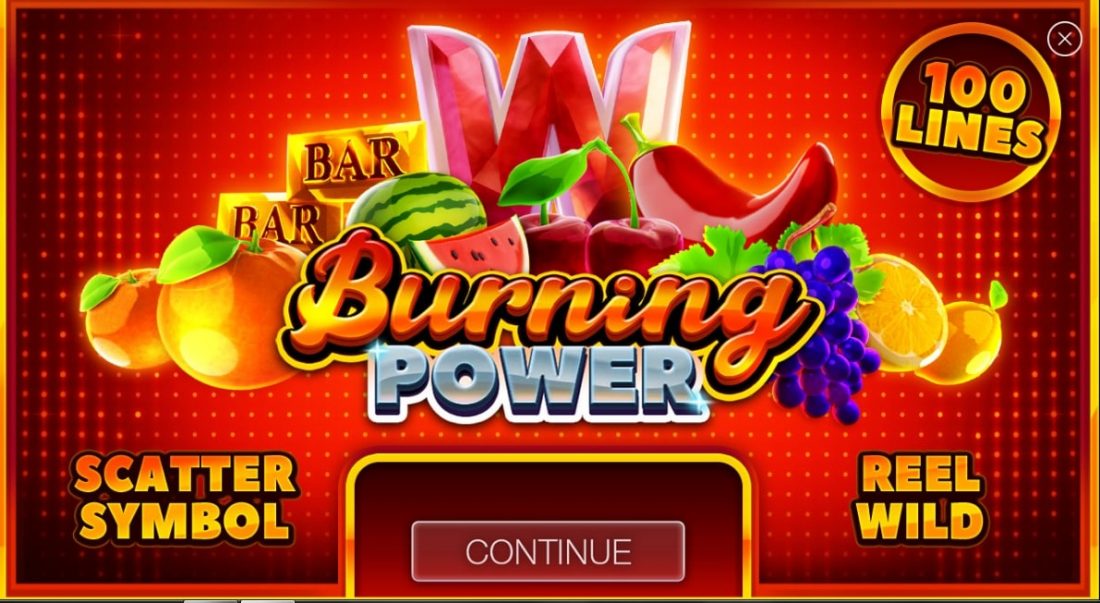 The machine is stylized as a classic but compares favourably with traditional one-armed bandits in a set of functions. Sevens, BAR tiles, fruit symbols appear on five reels, and combos can be collected along 100 fixed lines. The letter W stands for all pictograms, except for the Chili Pepper scatter. Symbols often drop vertically in several groups. 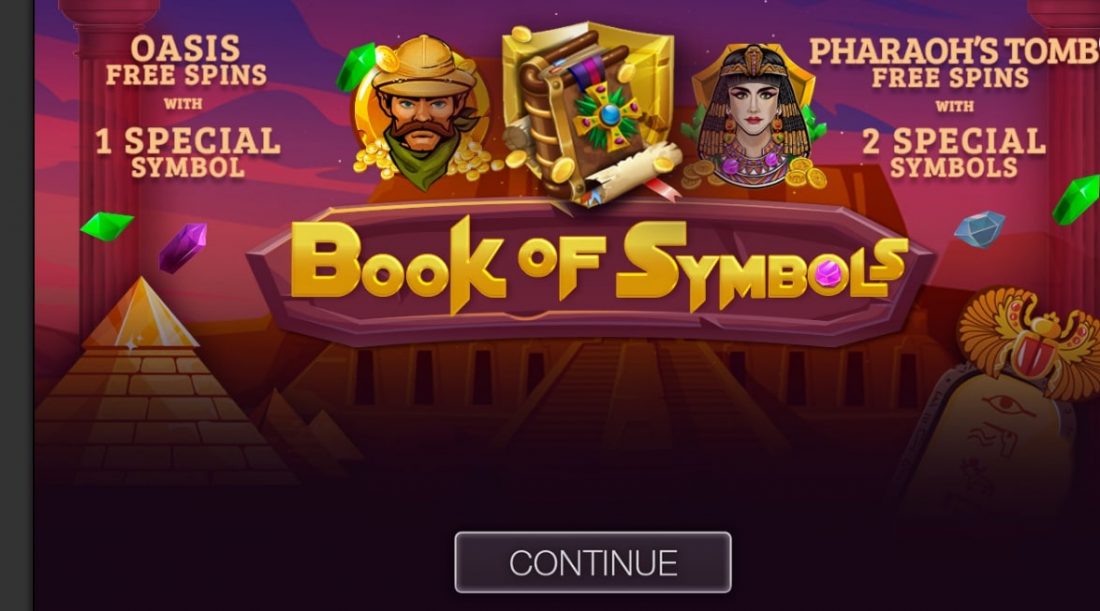 It is an Egyptian video slot with high volatility and an RTP of 96.43%. It has a traditional design and two symbols at once in the form of books that combine functions of a wild and a scatter. Thanks to these icons, the user can get ten free spins with expanding pictures. Free spins are available in two modes.

Mobile Gaming at Its Best

All online slots have a good visual perception of graphics on smartphones and tablets. Classic 5×3 or 3×3 grids have a traditional number of paylines. That is, a simplified interface works great on mobile devices, which players can quickly and easily master. The games are adapted for multi-platform play, so players can use Apple iOS and Android smartphones in portrait or landscape formats.

Despite the small portfolio of slot machines, the provider became popular among gamblers. The manufacturer prefers fruit slot machines. Each slot has a colour-selectable Risk game feature where the right choice gives a decent prize.

The developer adheres to traditional standards of rewards when creating games, so his slot machines are clear, simple, and do not contain non-standard bonuses. All fiat currencies and cryptocurrencies like VSO coins are included in the list of supported currencies.

The gaming software developer has a specific product strategy. He prefers to use fixed lines and a wide range of bets. You can change the denomination of the chips, and adjust their number before triggering reels. Their design and functionality are rather restrained, which is typical for classical traditions.

The main feature of the software is a bonus game with four jackpots in all slots, which are activated randomly. The player will have to reveal three identical cards to pick up one of the fixed jackpots: Mega, Major, Minor, and Mini.

Gamzix has recently started to master the gambling business but has already made a significant contribution to replenishing the gambling market with unique products. The developer is quite dynamic in establishing business partnerships and steadily building a decent reputation with his high-quality games.

We make sure that the new approach to game development and the rich functionality of fruit-themed software will propel Gamzix into a leader in innovative gaming solutions. The list of affiliated brands and eminent online casino operators who are interested in cooperating with this developer is constantly increasing.