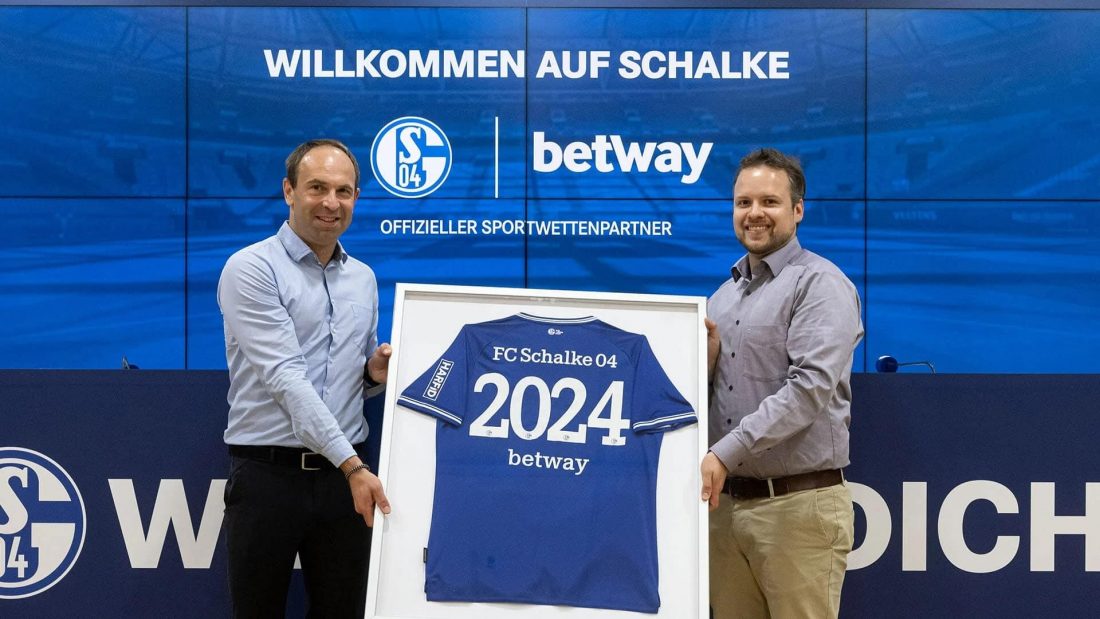 The bookmaker demonstrates his desire to rally around himself as many partners from the world of sports as possible. The famous FC Schalke 04 from Gelsenkirchen became a new name in the list of Betway partners. Although the team flew out of the first Bundesliga with a bang last season, having won only three victories in 34 rounds, its brand remains recognizable and very popular in Germany.

The partnership agreement assumes an intensive representation of the Betway brand at the club’s stadium. The current agreement is calculated until 2024. The investment the bookmaker will bring to the club may help the team return to the elite after just one year away.

Both parties to the agreement expressed the spirit that the new partnership will only bring success to everyone. The bookmaker stressed that cooperation with such a significant sports brand is already an indicator of success and excellent advertising. The club said such agreements make it stronger, and this is true – although the financial side of the deal has not been disclosed, there is no doubt that the club’s treasury has replenished.

Betway’s cooperation with German football clubs has already set precedents – in particular, last season the bookmaker acted as a sponsor of Berlin Hertha. This club also did not show outstanding results but still did not fly out, taking 14th place and breaking away from the zone of transitional matches by 2 points.

The German market is interesting for Betway not only because of football: the company recently agreed to sponsor the tennis Hamburg Open. It seems that the office is very interested in Germany, and it would like to seriously and permanently interest local bettors.

Visit the author's page
Check out our unbiased rating of the best Uk casinos by far. Grab the best local bonus offer for the wise gambling with huge multipliers and fast withdrawals. Online Casino UK No Deposit
Best Online Casinos