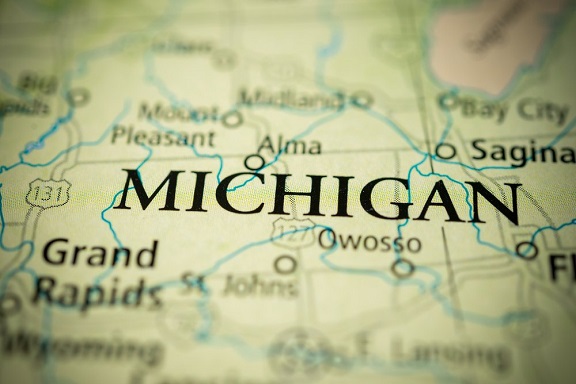 In a letter addressed to the inspector general for the US Department of the Interior, Mark Lee Greenblatt on Monday, the tribal leaders stated that the off-reservation project of the Little River Band of Ottawa Indians obtained approval in December in an attempt to “create controversies in the state of Michigan, especially for Gretchen Whitmer, the Democrat Governor.”

“We believe that this approval was driven by politics and a cynical attempt to politically harm Governor Whitmer because she was a fierce critic of President Trump and campaigned aggressively against his reelection in a state critically important to the Trump’s re-election campaign,” stated Tim Davis, chief of the Saginaw Chippewa Indian Tribe; Jamie Stuck, chairman of the Nottawaseppi Huron Band of the Potawatomi and Bob Peters, chairman of the Match-E-Be-Nash-She-Wish Band of Pottawatomi Indians.

The letter is the latest attempt to get into the high-stakes battles over the Muskegon County project, which was launched over a decade ago. The future of these efforts and attempts now rest with Governor Whitmer, who’s facing huge pressure from officials in West Michigan to approve it and massive opposition from others – Detroit officials where three casinos rake in large amounts of government revenue, to block it. However, the governor’s decision will upset either of the two sides.

Tom Shields, the spokesperson for the Little River Band of Ottawa Indians, stated on Monday that it is not uncommon for the outgoing administration to grant approval to long-standing applications to avoid delays for the tribes while the new administration organizes.

“This is nothing more than a desperate legal maneuver by these tribes to stop 3,000 jobs and future economic development from coming to Muskegon County,” Shields opined of the letter requesting an inspector general investigation.

The proposed site for the casino is based in Fruitport Township, close to the interchange of Interstate 96 and US 31. The property was purchased by the Little River Band of Ottawa Indians in 2008. About 60 acres were purchased in total. The site 92 driving miles from the reservation of the tribe in Manistee County.

About a month (Dec. 16) after the general elections on November 3 and before President Trump left office, the project was signed off by Tara Sweeney, the assistant secretary of Indian affairs during Trump’s administration. The federal Indian Gaming Regulatory Act generally prohibits gambling activities on properties acquired in trust unless the secretary of Indian affairs in the Interior Department holds that the project is in the best interest of the tribe and would not be hazardous to the surrounding communities.

“The record reflects the proposed project will generate increases in economic activity directly and indirectly and will create employment opportunities for the surrounding community,” Sweeney wrote in her decision,” Sweeney stated her decision.

Now, Governor Whitmer must put pen to paper on the decision within a year for the project to continue. The application is being reviewed by the administration, and there will be an update whenever there is one, Whitmer’s spokesman Bobby Leddy stated last month.