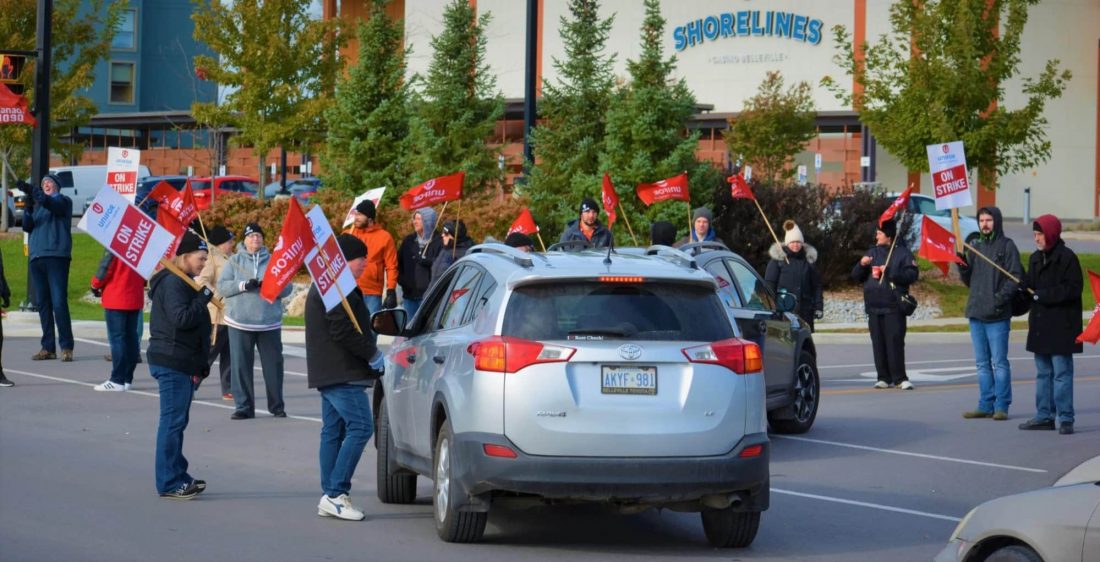 Recently, the staff of the Belleville Shorelines casino expressed their dissatisfaction with the work. In particular, employees are disappointed that Belleville Shorelines was unable to secure a contract with Unifor Local and improve working conditions. At the same time, the administration of the casino did not resolve the issues with improving wages.

It is known that both parties managed to come to a consensus and sign an agreement on increasing the salaries of their employees. In this regard, the casino workers went to a picket to remind them of their needs. The parties planned to resume negotiations at a later date to resolve the dispute and normalize the casino.

Chuck Keeling, Vice President of the Great Canadian Gaming Corporation, then made a statement to comment on the workers’ protests. Keeling said the strike is understandable, but he believes that what happened the other day at the casino was not entirely legal. Chuck said that over the weekend, protesters blocked visitors and other staff from entering the parking lot through the main entrance.

However, in his speech, Chuck Keeling did not mention the nuances of negotiations on an agreement with Unifor. Even though negotiations lasted 30 days, about a hundred Unifor workers left their jobs. At the same time, the blockade was illegal and unsafe. As a result, the rest of the staff had to park their cars at another hotel.

Keeling said the situation has now improved slightly as cars are now allowed into the Belleville playground every 10 minutes. The vice president also said that due to the protests, a significant part of the casino specialists is now controlled by his administration.

It became known that the Lottery and Gambling Corporation of Ontario began to pay certain amounts from gambling to the city government. For example, the city of Belleville received a payment of almost $ 592,000 in Canada. The money was transferred for the placement of the Shoreline Belleville gambling establishment.

All this time, the casino worked in a limited mode, that is, a certain number of players were allowed to play. Only in mid-July, the casino resumes its work at 100%.

Through an agreement with OLG, Belleville is receiving significant cash from Crown to host the casino in the city. The city government directs these funds to the needs of police officers, builders, and firefighters.