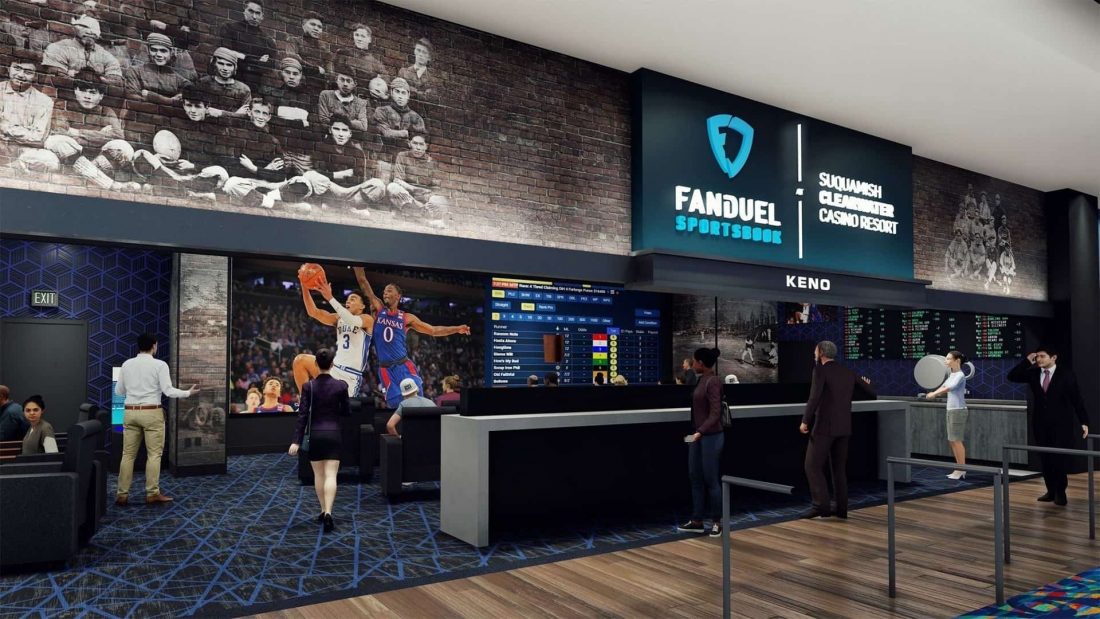 FanDuel Group is a sports betting operator based in the United States. Representatives of this company announced the opening of their retail services for users in western Washington state under contract with the Suquamish tribe.

Let us remind you that the company has its own office in New York. The company recently issued a press release in which it spoke about the current new agreement. According to the data, the company is launching three online betting windows, as well as 12 kiosks for betting at the Suquamish Clearwater Casino Resort. It should be noted that this casino belongs to a tribe. The bookmaker is scheduled to launch in the fall. According to the operator, the office will be equipped with a special seventeen-screen video wall. They will display the events of the day. Comfortable seating will be provided as well.

What Will be Additionally Presented

FanDuel Group employees explained that the alliance will also include the property of Kitsap, which is owned by Port Madison Enterprises. There will also be 3 sports betting kiosks, 11 screens, and 250 player locations. Their Beach Rock Music and Sports Lounge will be used.

Suquamish Tribe Chairman Leonard Forsman responded that the deal with FanDuel Group was signed after the company renegotiated its main contract with Washington State. The contract says that the state allows retail sports betting. Forsman explained that the company supports the specifics of a fair game, which will be available to all players very soon. This means that participants will have access to deposit tools, bets, support services, and the extended PlaySafe of the operator with the domain.

The tribal chairman said that the agreement was complemented by the ability to bet on sports. This means that it is now possible to place sports betting quite legally in this state. The profit from the rates will improve the government services for the tribe.