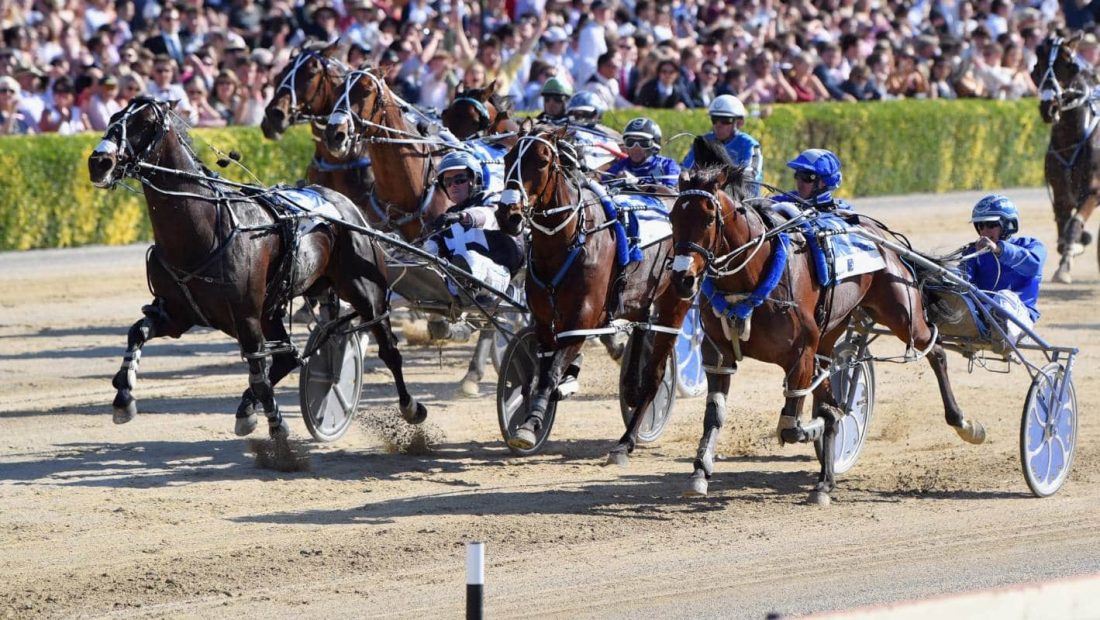 The Trotting Cup Day, one of the biggest days in Christchurch casino’s social calendar, is about to begin with a bang. In a fashion befitting of the event, a helicopter landed in the centre of Addington Raceway and behind its control is Richie McCaw, the All Blacks legend delivering the trophy before the beginning of the main event.

In preparation for the main day, trucks and tractors have groomed the tracks. The tracks are ready, and racing is about to begin in earnest, while punters are already staking their bets at several New Zealand casinos and tucking into a glass of beer or wine. The atmosphere is charged with excitement, and if previous events are anything to go by, this year’s cup day is going to be awesome.

For Sophia Lee, a can of Coke is the beverage of choice. She is expecting her second child with her husband, James Saunders. “It is our second year anniversary today”, Sophia said. “This is a special event for us as our relationship started on Cup Day”.

In previous editions, Sophia tried her luck in the best-dressed contest. This year, she is focused on spending time with her partner, Saunders and enjoying the day with him. However, this didn’t prevent her from creating her own fascinator and dress on Monday.

“It’s quite difficult to purchase dresses for pregnant women,” Saunders stated, emphasizing the efforts that his partner put into making her dress. But the main focus of Sophia is on the baby bump.

Meanwhile, the entrance area is witnessing a sparkling flash – however, not in a way in which a strong police presence will be required. Oh, it’s Michael Willetts, wearing a DC Comics superhero costume, The Flash. Micheal is a regular at the Cup Day. He has been attending this event since 1984. For 14 years now, he has added his own personal spin to his dressing.

“Years back, my mates dared me to wear costumes on Cup Days… I love having a punt, but I place my wagers the night before. This helps me have a good and fun day,” he said.

David Garter, his mate, pays homage to all the women and men racing by donning a beautiful orange and green jockey costume. This is his third year dressing up.

Emily Ness, the general manager of Dash Tickets and her group of exciting ticket-takers, are part of the first people bettors and punters come in contact with as they arrive.

This year’s event marks her fourth year at the entrance, and everybody had been “polite and well behaved.”

“It is an awesome year for Christchurch Casino. This event brings everyone together, and they all have a blast and do it in an environment with so much entertainment and fun.”