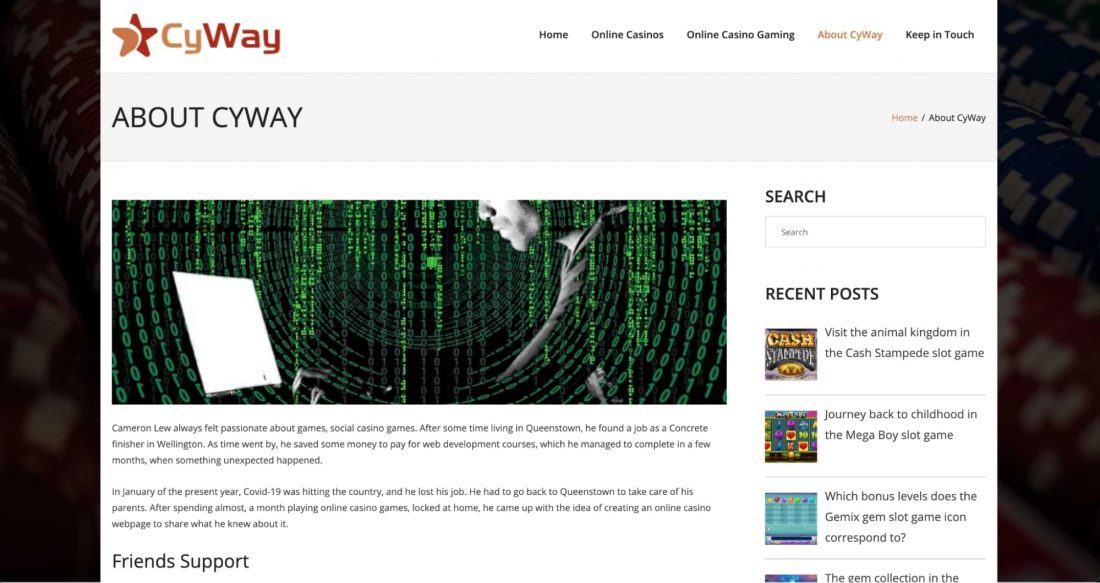 New Zealand cyclists have probably heard of CyWay, the Rotorua Lakes Council’s project to advertise and promote local cycling routes. Promoted in March 2016, the project had government funding and had its website promoting a healthy lifestyle and just a good vacation option without leaving your home country. But the other day, site visitors discovered an unexpected picture – the site suddenly completely changed its content.

Now the site is listed as belonging to a certain store that sells food in Germany, particularly pizza and kebabs. In the blog section, however, the information does not even match this description because it contains articles on the topic of online casinos. One would assume that the domain was simply hacked, but the Rotorua Lakes Council has already commented on the incident and said that it should be so. At least no one took the domain away, and the CyWay project itself as an initiative to promote amateur cycling will be completed soon. Notably, the links on the Rotorua Lakes Council website still refer to CyWay as a cycling project and still point to the same site.

Media representatives even managed to find the address of a German store, which now has a registered site with information about the casino, but even there, they replied that they did not know anything about the site. Cybersecurity specialists are also at a loss – they do not understand how the current situation could have developed, given that the new owner, whoever he is, does not advertise anything particularly and distributes dangerous software. The only explanation that comes to mind is the banal forgetfulness of the former domain owners who did not manage to renew their lease. According to the expert, some people specifically buy out the domain in such cases to return it to the previous owner for a lot of money.