Big Business in Las Vegas is Switching to Renewable Energy 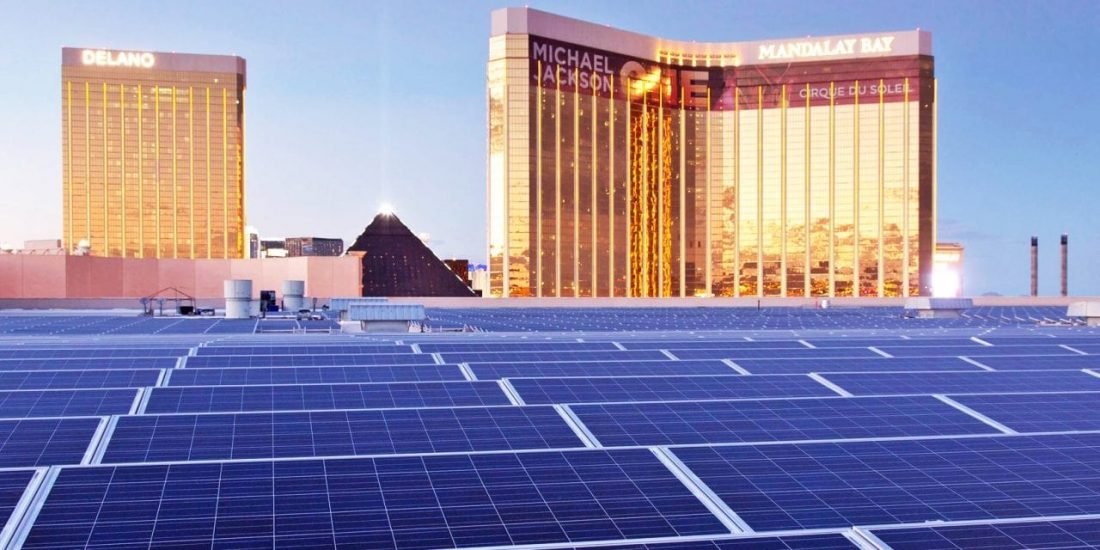 The capacity of the commissioned facility is 100 megawatts. This is still not enough to fully provide the entire network of the company, but in general, such a power plant covers up to 90% of the total energy consumption of its subordinate facilities. Among them are, in particular, such famous establishments as:

Even today, Las Vegas is not very cold, could face an extremely sad fate if global temperatures rise even more. The MGM Resorts board considered that it is pointless to rely on others in a situation where it is necessary to start with oneself, especially since the corporation has money for such an innovation.
The innovation is one of the steps towards the implementation of the strategy, according to which the company plans to reduce all of its emissions by 45%. The deadline for implementing such a plan – 2025 – now looks much more realistic.

Visit the author's page
Check out our unbiased rating of the best Usa casinos by far. Grab the best local bonus offer for the wise gambling with huge multipliers and fast withdrawals. Best Online Casino Payouts For US Players
Best Online Casinos